I’m currently travelling from West to East across Indonesia with a friend, inspired by the migration path taken more than 50,000 years ago by the ancestors of Aboriginal Australians, and many others (see map below). 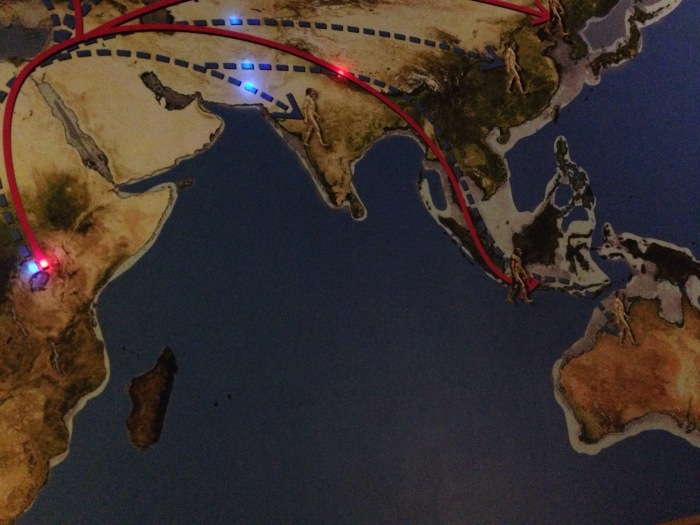 The sea was around 100 metres lower than today, as lots of water was locked up in ice, so their coastal migration route looked a little different than ours (see high-def map). 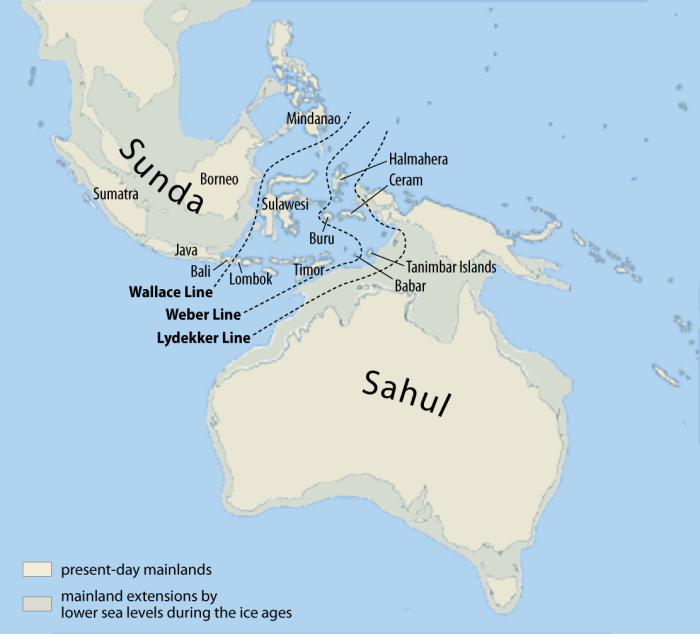 It’s unlikely that any single individual crossed the entirety of Indonesia in the migration wave I’m attempting to recreate, as they would have been walking for the most part and the distance is over 5,000 kilometres!! But over many generations that’s just what they did, along with a great deal of sea crossings. However, I’ve got things to get on with in my life so I’m taking public transport to make the crossing over around 3 months, getting to Australia sometime in August (hopefully).

Keep an eye out for some geeky tales from the trip that I hope you’ll enjoy.

First map photographed by myself in Sangiran Museum of Human Evolution in Java, Indonesia.